“ALBUS” A.D – the chemical products factory for the first time introduced the ISO standard in 1997 as a socially-owned enterprise according to its requirements until 2003. ISO standard 9001: 2000 Albus a.d. is being renewed in 2007, and the revision of the standards since 2008 is adapted to the complete documentation of the ISO 9001: 2008 quality system standard.

From 2007 until today the company Albus a.d. operates according to the quality system and requirements of ISO 90001: 2008 and has regular supervisory checks by the certification company. 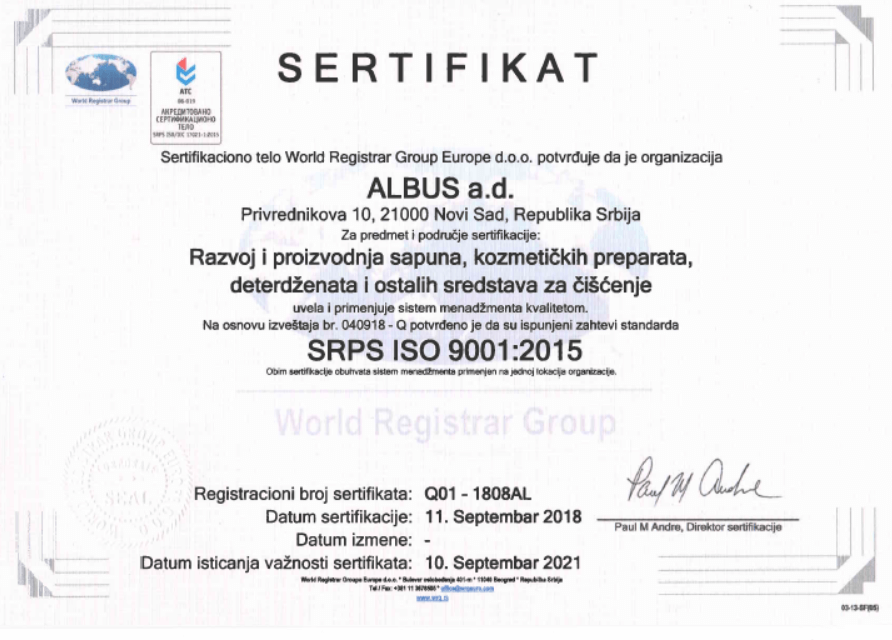 Product composition lists
according to the Detergents Ordinance